Voices From Our Youth: The Capitol Being Stormed 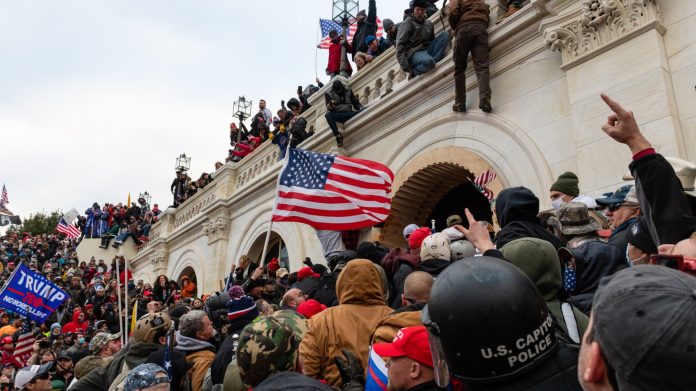 (Editor’s Note: This article contains a collection of viewpoints and opinions from students regarding the Jan. 6, 2021 protests and riots at the Capitol Building. They have been edited for clarity.)

When I first heard about the Capitol being stormed, I didn’t think it was real; it’s hard to wrap my head around this. I thought, going into 2021, things would be different, maybe. But it’s the reality to understand that just because a year is over, it doesn’t mean everything is going to be all better. I actually heard about the Capitol from one of my friends. They texted me and asked if I could believe what was going on. They made it seem like the world was ending or something, and when I turned on the news, again, I didn’t think it was real. My parents, on the other hand, seemed completely unfazed. Maybe it’s my youth, or because I haven’t seen anything like this before (but this past year has definitely been a year of firsts), but my reaction was definitely more passionate, I guess, than my parents’. I’m usually not one for getting involved in politics – I find it can just end up being nasty – but this event was definitely one of those instances that I’ll remember forever.

When I first found out about the raids, I thought it was a joke. I couldn’t believe people would actually do that: it was ridiculous and embarrassing. I think the raids were unnecessary and wasn’t very smart for those involved. Honestly, they just made themselves out to look more like clowns. People are less likely now, more than they were before, to take them [those who raided the Capitol] seriously. They’ve definitely lost all credibility. When we got back to school a few days after, everyone was definitely talking about it a lot, and it came up in discussions during class sometimes too.

My opinion on the Capitol raids is that breaking into a federal building should result in punishment as it would with anyone else. I think it is very hypocritical for them to aggressively raid the Capitol violently as people say about any other protests that have happened in the past year. My first reaction to seeing it on TV was I did not believe that it was footage taken recently. I could not believe the amount of people gathered and without masks given the pandemic we are experiencing. I think these raids have divided the country. People are pressed on their beliefs and will not reason, which causes this divide. Pro-Trumpers seemed to be focused on saving their own rights and not reasoning with basic human rights for all. If I were in a political position while these raids were occurring is a hard question because when we are actually in the situation it would be harder to deal with because you have to express the needs and concerns of everyone else and not just think about your own beliefs. My reaction was, although I admire their pride for their country, this is not a situation to take pride in. Their actions are embarrassing.

I could say a lot about what happened at the Capitol, but let me just say this: it was terrible, disgusting and was a disgrace to our democracy. I don’t think they had any right to riot in the first place. If I was in a political position in America, I would’ve definitely used more force to make sure the pro-Trump supporters couldn’t get in.