The Impact of COVID-19 on Student Transportation 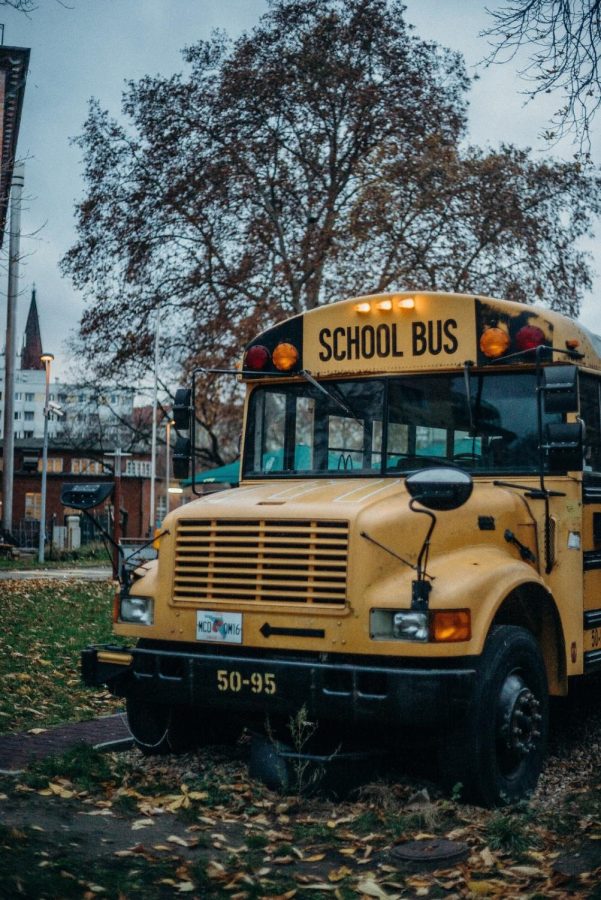 When Pentucket Regional High School students elected to go hybrid for the 2020-21 school year, they were faced with the decision to either travel by bus or car. In the past, this was a simple decision for most students and their families. However, the COVID-19 pandemic has made this decision a difficult one.

This year, more students have elected to travel via car.

One may think that there would be many new rules in place and that traveling by bus this year would be uncomfortable. However, the new rules on the bus are quite simple: one person per seat, same seats the whole year, and windows need to be open. These rules are almost the same for each bus, with minor changes and exceptions depending on the number of students on the bus.

Gina Musa, who goes by Mrs. G, the driver of bus 129, states that, at the beginning of the year, only a few students needed reminding of pulling up their masks and to sit every other seat. Now, the West Newbury bus driver remarks, “Everyone got used to the rules on the bus and the students have been respectful in following them.”

Mrs. G has several rules, such as siblings sit together, students sit in every other seat, everyone wears masks at all times, and at least 6 windows must open. To help her students, she created signs on the seats they cannot sit in. A student stated that they like the new rules: “It’s honestly a lot easier than asking people to move over or having to save [or share] a seat.”

Every student interviewed who travels by bus unanimously agreed that their bus drivers do not need to remind them or other students to follow the rules. Due to this, students have a high comfort level while riding the bus. One student said, “My experience on the bus is the best part of my day because I can just sit there and listen to music without worrying.”

Most students feel safe on the bus since everyone is spread out, but it can get a bit uncomfortable at times. One anonymous student remarked, “Sometimes if there are a lot of kids on the bus, I’m a bit more uncomfortable, even though I face the window, but if there are less kids I am good.”

Mrs. G states that she was relieved when she heard that Pentucket was going hybrid because “it felt safer that we would have less people on the bus.” Mrs. G knew there would be precautions she and her fellow bus drivers would have to take to provide a safe environment for students.

Yet, the smaller number of students on the bus was not the only thing that made her more comfortable. She also felt comfortable because “[the students] have been diligent [in] following the guidelines to protect themselves as well as others in wearing their masks and staying separated.”

The bus drivers do everything they can to ensure all students feel safe and are in a safe environment. They are very diligent in ensuring that the buses are clean and have standard protocols in place.

Mrs. G stated that bus drivers use a specific cleaner to clean the seats and other parts of the bus. This process adds five minutes after each bus run.

Both Mrs. G and students who ride the bus agree that there has been a decrease in the number of students who take the bus. This means that more students go by car, which causes more traffic to and from the school.

Sophomore Sydney Pichette, who has always arrived and left school by car, stated that in the mornings, there can be lots of traffic, especially when the buses arrive. Surprisingly, she states that in the afternoon it usually isn’t as bad even though there are many more cars than usual.

Sophomore Anna Tateosian has a different opinion, she arrives early at school to avoid the morning rush. However, she states that traffic going home is heavier because there is no way to avoid it.

While each person has a slightly different opinion on the traffic at school, one thing is clear: it all depends on the time one arrives or leaves the school.

Another effect of driving to school is the chance of being tardy. Anna Tateosian said, “I am not usually late, but my brother is because he is in the middle school [and] he has to wait for all cars and buses to clear before my mom can drive up.”

Yet it appears that most students travel by car not specifically because they are worried about being more exposed to the Coronavirus, but because it is more convenient. For example, Tateosian said that she used to travel by bus last year, but now she goes by car because it is “only two days a week.”

Farris has always traveled by car and continues to as her older brother has his license. However, if he did not, Farris states, “My mom probably would have driven me […] because it’s only two days a week anyway, not really for COVID reasons.”

What’s in store for the future? Governor Charlie Baker has announced that all schools from K-12 will be going back to school five days a week by April, but will this impact transportation for students coming to school? Currently, all the schools in the Pentucket District have started to allow more students to come to school four days a week.

As a bus driver, Mrs. G is beginning to get concerned for the welfare of the students because more children means less distance. She remarks that the district has started to bring back elementary students four days a week from Cohorts A and B.

Mrs. G states, “In my opinion, if the next best thing is to get vaccinated, then why not keep the restrictions in place until that is completed? I feel we should try to stay diligent with what has been working until we can see the vaccinations working.”

No one knows what will happen in the future, but there are a few things we can count on: students will always need to use the bus, and safety is the top priority of their bus drivers.