2021 High School Sports With A Twist 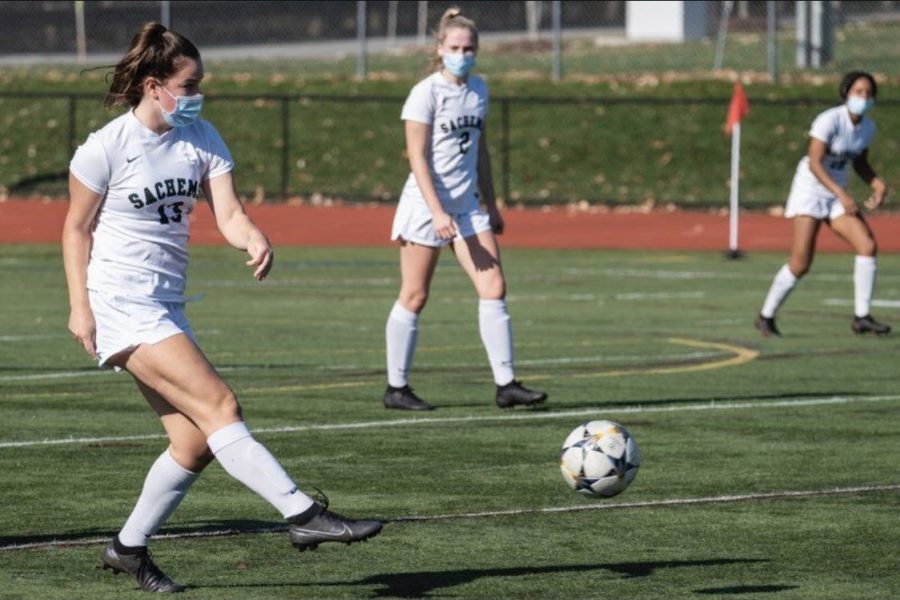 Packed stands erupting with noise along with the smell of popcorn and pizza in the air is what most high school sports teams were used to. However, the sports seasons of 2021 brought something completely different.

Members of the MIAA, athletic directors, superintendents, and other important committees met countless times throughout the summer, brainstorming ways to provide student-athletes with safer sports seasons. Unfortunately, one of the biggest changes brought about was the removal of fans from games and events.

For three-sport Pentucket Senior athlete Greta Maurer, the environment of the gym did not feel the same. “We were so used to a full gym that it almost felt like it was a scrimmage,” Maurer explained. She felt as though her basketball team did not have the extra push the fans give them in their usual seasons.

It seems the biggest challenge teams faced this year with the lack of fans was the loss of motivation. Noisy gyms, fields or stadiums full of friends, family, and other community members can make athletes feel the need to play well.

For Sophomore Grace Pherson of Pentucket, playing soccer with no fans caused her to lose motivation. “You did not have anyone in the stands cheering you on, so it kind of felt like you were playing for no one,” Pherson stated.

Katie Drislane, a lacrosse and field hockey player at Pentucket, does not agree with the decision to ban fans from games, and she believes it was hard to get going during games with empty stands. “You always want to play good for your family and friends,” Drislane explained. So without them there, it was hard for her to play well.

Although most towns tried to make the best of the situation, it did not feel the same. Live streaming became the new normal way to watch sports games, but the lone camera in the stands did not bring the energy up for teams.

Energy is a big part of athletic competitions and usually a factor in a team’s win. So how did the athletes bring the energy up with no fans’ energy to feed off of?

According to Greta Maurer, “the team had to step up and become the fans because we were the only ones in the gym.” The bench had to replace the normally packed stands and help motivate the players on the court, which is not an easy job.

In this unprecedented time, student-athletes showed their courage and bravery, leading to healthy sports seasons. Fortunately, the challenges they faced helped them to grow stronger and be ready for whatever obstacles lie ahead.