A Commentary on Sexism, Homophobia, and Gender Expression 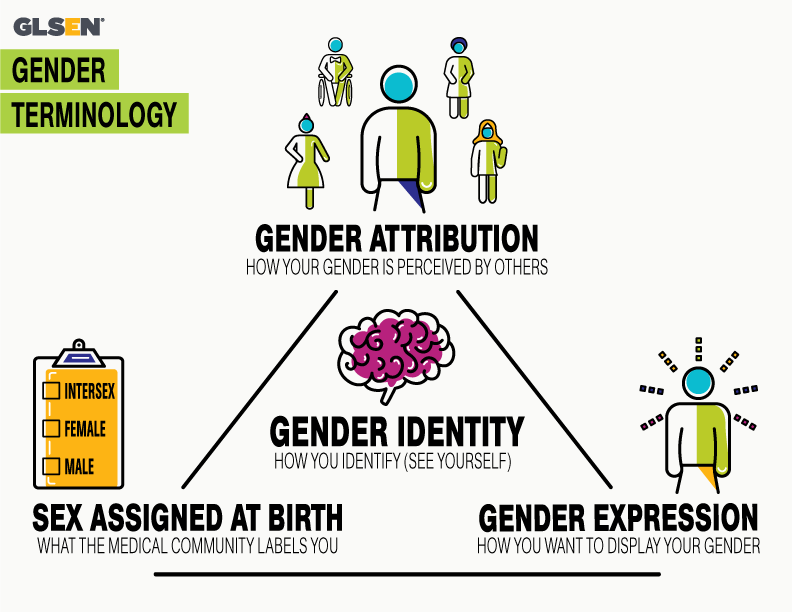 What does it mean to be masculine? On the other hand, what does it mean to be feminine? Where does the discomfort for talking about these things come from? These topics are often discussed in LGBT+ circles, but not so much in our heteronormative society. Gender expression, gender identity, sexuality, and sexism are four different ideas that intertwine with each other, and opening a broader line of communication allows for all different types of views to be talked about. Perspective and upbringing, along with other components, greatly influence one’s thoughts on these topics.

Somebody who grew up in a conservative household, for example, is more likely to be prejudiced toward “liberal” ideas. But referring to a personal identity, such as sexuality or gender, as a “liberal idea” feels as though these things are simply political tools. Gender non-conforming people do not exist for the purpose of politics. It should not matter what your political party is when it comes to the rights of human beings. Gender and sexuality are complicated topics not to be watered down as they so often are. The interconnectedness between homophobia, transphobia, and sexism is apparent once we begin to break it down.

Recently, I interviewed Ms. Bynum, an art teacher at Pentucket High School. Speaking with another member of the LGBT+ community has the ability to assist in others’ understanding of gender and sexuality. She shared her experience with teaching high school students and the different types of gender expression she’s seen in recent years, as well as her own experience with gender expression. Ms. Bynum, who was in high school just ten years ago, articulated how big of a deal it was to be gay when she was a teenager. She said she is immensely grateful that she has openly transgender students in her class who are able to fully express and identify how they want.

A large portion of society has a hard time understanding the difference between gender identity vs. gender expression. The diagram made by GLSEN (top) presents the different terms in an easy-to-understand way.

A few people also have a really hard time not invading another person’s privacy, especially strangers. It is important to grasp the fact that a person’s intimate thoughts and feelings about their own gender are quite literally nobody’s business.

Panera Bread is not a place that you’d expect to be interrogated about your identity, but Ms. Bynum had to experience this very recently when a woman came up to her and loudly said, “Hey, sonny! Are you a male or a female?!”

She responded simply and justifiably, “It’s none of your business.” The confrontational nature of the woman’s approach would make anyone uncomfortable, especially knowing that she was so distraught and needed to ask an inappropriate question in a public space.

It’s important to know, however, that asking someone for their pronouns is not a rude thing to do. In fact, you should always try to ask someone’s pronouns when you first meet them. The normalization of asking/giving our pronouns as cisgender people is essential to the growth and acceptance of the LGBT+ community, the trans community in particular. Often, we forget to give our own pronouns because traditionally presenting cis people don’t regularly get misgendered. The thought of sharing your pronouns doesn’t even cross your mind. And that’s okay! Learning experiences happen all around us, and it’s important to keep an open mind and to allow yourself to learn something new.