Congress and its Lack of Accountability 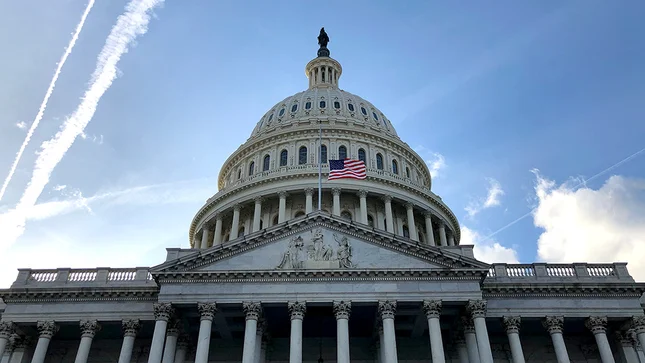 Over the course of the year, the country has endured numerous hardships that have tested our strength and foundation of democracy. For months, the people have shared enough struggles to last a lifetime, including a global pandemic, the economy faltering many businesses, social injustices prompting demands for change, and vast misinformation regarding the 2020 Presidential Election. While Americans have suffered greatly during these times with great fear and confusion, the government has failed continuously. Congress, specifically, has failed to hold its members accountable for their irresponsible and dangerous acts during these unprecedented times. By prioritizing their loyalties to their individual party rather than the needs of the people, many in Congress have failed their constitutional duties to the American people.

Although the United States has endured many trials and challenges over the previous two centuries, it is not uncommon for officials in public office to abuse their privileges and take advantage of the vulnerable. For instance, aside from illegally tapping political opponents for his gain, former President Richard Nixon used his war on drugs to target and disparage Black Americans.

It is no surprise today that each political party has repeatedly failed to hold its members accountable. The Republican Party has especially fallen victim to this disturbing fate, with a majority of its members committing appalling actions. Former President Trump established this precedent in recent years, with countless barrages of lies and verbal abuse against others in office. However, the greatest failure of his presidency was on Jan. 6, 2021, with the infamous Capitol Riots seemingly incited by Trump himself.

Hours prior to the storming of the Capitol Building, Trump was seen at a rally encouraging his supporters to “walk down to the Capitol” and demand a recount of the votes for the November 2020 Election, which he falsely claimed to be stolen.

“You’ll never take back our country with weakness,” Trump said. “You have to show strength, and you have to be strong.”

Towards the end of his rally, Trump’s rhetoric changes. “We Fight,” he said. “We fight like hell and if you don’t fight like hell, you’re not going to have a country anymore.”

Hours later, the Capitol Building was under attack.

Despite many Republicans condemning the rioters and their actions, they still refused to hold the instigator accountable. In the second impeachment of former president Donald Trump, 201 of the 211 Republicans in the House of Representatives voted against or abstained from impeaching him. When the impeachment trial was held before the Senate, 44 Republican senators voted against the charges placed on Trump.

The former president walked away from that trial, free of any consequences of his actions. In that instance, party loyalties far surpassed the safety and needs of the American people, and the representatives and senators failed their Constitutional duties.

Of the 16 Republican senators and representatives who placed their responsibilities above their own political gain, several were censured by their own party. Among them, Senator Richard Burr (R-NC) said, “My party’s leadership has chosen loyalty to one man over the core principles of the Republican Party and the founders of our great nation.”

Compared to the censured Republican senators and representatives who remained committed to the Constitution and bi-partisanship during such attacks on democracy, one member of Congress has yet to be censured by her fellow Republicans: Marjorie Taylor Greene. A representative of Georgia, Greene is known for possessing extremist views and spreading false information with her constituents. In fact, she has reportedly liked Facebook posts that contained threats to kill Nancy Pelosi, the Speaker of the House of Representatives, and denies the reality and factuality of school shootings and the September 11th attacks.

Despite the Minority Leader of the House, Kevin McCarthy, claiming to have held a meeting with her and discussing the severity of her actions, Greene “refuse[d] to apologize” and does not plan on “backing down.” Although her Democratic colleagues voted in favor of removing her from her committee assignments, Greene continues to upload and spread false information on her social media platforms, continuously influencing her followers. Her Republican colleagues on Capitol Hill have yet to condemn her in recent months.

However, the Republican Party is not the only group at fault. In fact, Democrats have had their fair share of flaws that have greatly impacted the people as well. Last year, Elizabeth Warren (D-MA) was called to apologize for falsely claiming for decades she was partially Native American. Although she did express regret, the lack of accountability and outrage from her supporters clearly outline the privilege she possesses. While many Republicans claim that her actions disprove the existence of white privilege, it can be argued that it, in fact, supports the idea. As a white woman in power, Warren was able to claim she was a person of color without facing repercussions for her falsehoods. Her actions were essentially the epitome of white privilege. As of March 2021, Warren has not been censured for her actions by other Democrats, even during such pressing times for social justice and demands for change.

The era of party loyalties must end. We have already suffered the consequences, but in order to truly unite as a nation, our leaders must put aside their political gains and focus on why they swore an oath to the Constitution in the first place: to uphold our freedoms and speak for those who cannot be heard. It is the only way our nation can survive.