Not a Fairytale Anymore 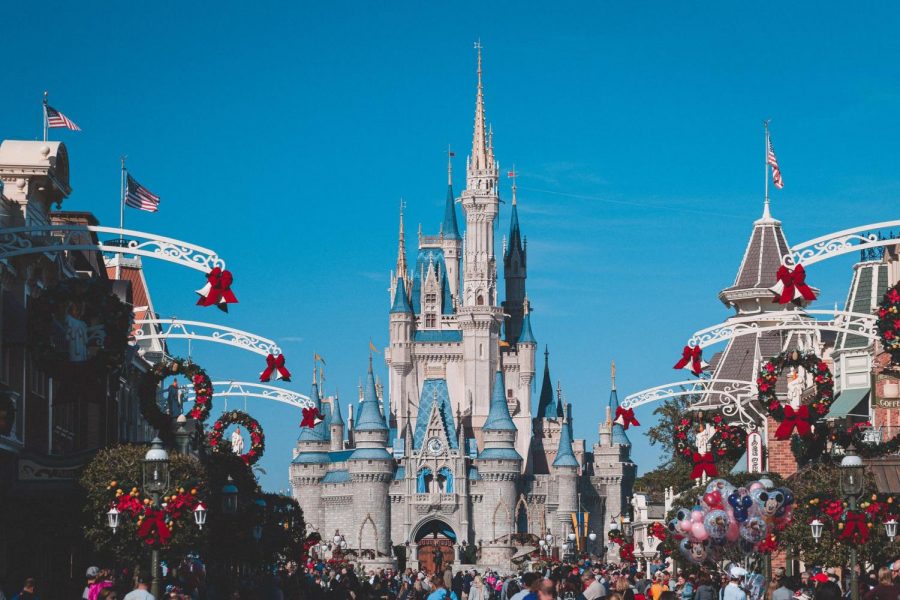 Due to recent events and the fight for racial equality, cancel culture has emerged, in which groups push for the removal of certain ideals, specifically in children’s movies and/or icons. This has brought a whirlwind of different views: some people are sad to see their favorite movies or icons go, while others are happy that controversies are being brought to attention. This newfound “movement” begs the question: are we making the right choice in canceling children’s movies?
Disney+
Disney has been at the forefront of this movement, with many of their originals and classics being removed from their on demand video streaming subscription, “Disney+.” Some of these movies include Dumbo, Peter Pan, and Aristocrats have been “canceled.” Disney has gotten rid of these movies because on Disney+ kid profiles, which are created for children under 7, these movies are not appropriate, nor will they be available to watch. However, these movies are still available to watch under the general profile, and Disney has issued a warning at the beginning, pointing out that these movies include racism, discrimination, or stereotypes.

The warning created by Disney:

“This program includes negative depictions and/or mistreatment of people or cultures. These stereotypes were wrong then and are wrong now. Rather than remove this content, we want to acknowledge its harmful impact, learn from it and spark conversation to create a more inclusive future together.

Disney is committed to creating stories with inspirational and aspirational themes that reflect the rich diversity of the human experience around the globe.

To learn more about how stories have impacted society, please visit www.disney.com/StoriesMatter.”

Many feel as though this statement was overhyping the controversial messages and images in the various films. Some feel as though we should not have to apologize for material that was made back in an era that was not as socially aware. On the other hand, others believe that media including any socially incorrect visuals or language should not be freely available to people, nor should it be deemed a “classic.”
Dumbo
The movie Dumbo was released in 1941 by Disney and tells the story of a baby elephant, Dumbo, who gets made fun of by everyone else in the circus because of his big ears. He then learns to use his ears to fly, reunites with his mother, and becomes a star in the circus. Dumbo has been canceled for racist subliminal messages as they state on their “Stories Matter” page: “The crows and musical numbers pay homage to racist minstrel shows, where white performers with blackened faces and tattered clothing imitated and ridiculed enslaved Africans on Southern plantations.”

Disney continues with stating the group’s leader is called named Jim Crow, obviously sharing the name of “the set of laws that enforced racial segregation in the Southern United States.”

In one of the songs, “The Song of the Roustabouts,” Black workers are portrayed as “faceless” and being overworked with “offensive lyrics” like: “When we get our pay/We throw our money all away.”


Peter Pan
Peter Pan is a movie that everyone knows of: the boy who lives in Neverland and never grows up. The film includes Native Americans, two of the characters being Tiger Lily and the Chief. When young children watch the movie, they would not think of the interpretations of these characters as racist, but Disney has said on their Stories Matter page that “the film portrays Native people in a stereotypical manner that reflects neither the diversity of Native peoples nor their authentic cultural traditions.”

Disney went on to say that “It shows [these characters] speaking in an unintelligible language and repeatedly refers to them as “redskins,” an offensive term. Peter and the Lost Boys engage in dancing, wearing headdresses and other exaggerated tropes, a form of mockery and appropriation of Native peoples’ culture and imagery.”


The Aristocrats
The Aristocrats, released in 1970, is another Disney Original that has been removed from the Disney+ kid profile. The Aristocrats is about a cat named Duchess and her three kittens who inherit their retired owner’s inheritance, but the butler brings the cats to the countryside and abandons them to inherit the fortune for himself. There, Duchess and the kittens meet Thomas O’Malley, a street cat who helps them return to their home in Paris, meeting various characters along the way.

The reason why The Aristocrats has been removed is for racial stereotyping. In one scene, there is a cat who “is depicted as a racist caricature of East Asian peoples with exaggerated stereotypical traits such as slanted eyes and buck teeth,” as Disney Stories Matter states.

On Stories Matter, Disney states that the cat “sings in poorly accented English voiced by a white actor and plays the piano with chopsticks. This portrayal reinforces the “perpetual foreigner” stereotype, while the film also features lyrics that mock the Chinese language and culture such as “Shanghai, Hong Kong, Egg Foo Young. Fortune cookie always wrong.”

Disney states on Stories Matter, that this movie has been removed because the pirates in the movie who “antagonize” the family are presented as “a stereotypical foreign menace.” Disney notes that these pirates are presented with a “yellow face” or “brown face” and are costumed in an exaggerated and inaccurate manner with top knot hairstyles, queues, robes and overdone facial make-up and jewelry, reinforcing their barbarism and ‘otherness.’”

The pirates in the movies “speak in an indecipherable language, presenting a singular and racist representation of Asian and Middle Eastern peoples.”

Yet, what do parents think of these movies and the decisions made by Disney?

Stevin Bart, Pentucket video production teacher and father of two, believes that it is a good decision overall. Like many people, Bart grew up with these movies and had some type of recognition towards them.

Being an adult in the modern age, Bart easily sees how Peter Pan would get removed, but as a kid, and he admits that he “might be showing {his} ignorance.” He also notes that, as a child, he loved the crows in Dumbo, and he currently did not understand right away how the crows were related to racism. He does not recall much about the crows, only that he liked them as a child.

Once he heard the explanation behind the symbolism of the crows, Bartholomew feels that the crows were “defintely offensive” and it was “stupid that [Disney] named the main character Jim Crow.” However, he notes that, outside of the purposeful racism, he remembers as a child dancing when the birds would bob their heads and flap their wings, an action he thought was “so cool.”

Regarding the direct racist parallels of the movie Dumbo, Bart believes it was a “superfluous thing to do because you do not need to make that connection, but it seems [Diseny] intentionally did it.”

Due to this, Bart does agree with Disney’s choice to remove the movie Dumbo. He says that by letting the children just watch the movie with “no context,” how are they supposed to know what is being depicted is not correct? As a child, Bart did not notice the offensive lyrics in Dumbo but, as he states, if his child “does pick up on those lyrics then it can resonate, whereas as a parent, you are okay with watching this movie, you can give the proper context, and it opens up a discussion about it.”

Yet Bart says that for young children like his, a three and five year old, that conversation on race would probably not come up as much as it would for an older child. “It is a difficult conversation because of the absurdity of why people hate each other based by their level of pigmentation or anything like that, but it is an unfortunate reality that some people are like that.”

He remarks that movies like Dumbo and others like it can also be good because it “opens the door” to have these difficult conversations.