Missing Concerts? Here’s What You Need to Know 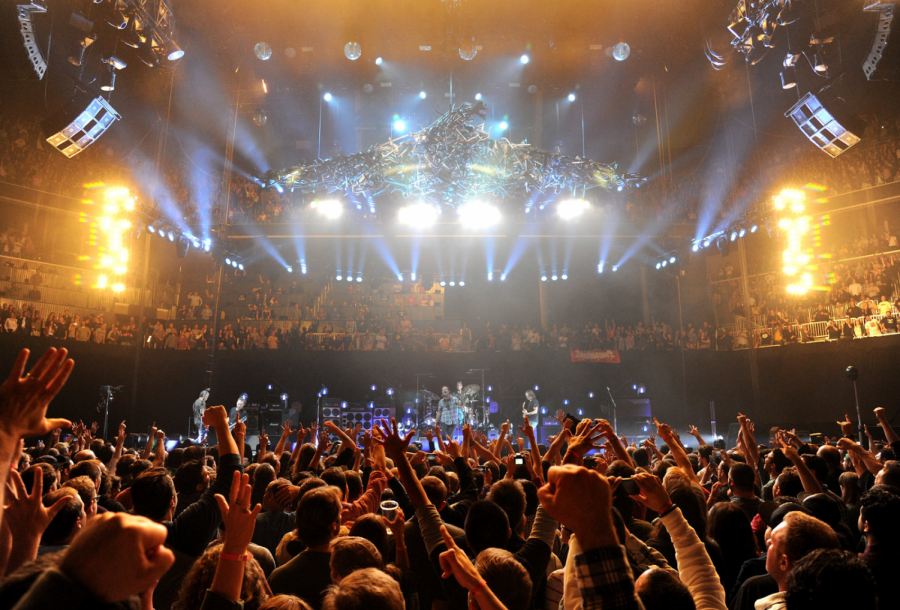 Screaming the lyrics to your favorite song. Bass so loud you feel as if your eardrums are going to explode. Adrenaline pumping through your veins as you see the artist come out on stage.

This is a feeling quite many of us miss. So, when can we go back to concerts?

Ever since COVID-19 brought concerts and tours to a sudden stop in March 2020, the live music industry suffered tremendously. It was one of the first industries to shut down completely and will be one of the last to reopen. Promoters, agents, and equipment crews are out of jobs, and music artists have lost their source of income, making it urgent that this industry reopen as people become vaccinated.

According to Pollstar, the live music industry was projected to have a record year when 2020 began, but when the pandemic hit, it lost $9.7 billion in ticket sales, and $30 billion in sponsorships, merchandise, concessions, etc.

On the bright side, as we start to come out on the other side of this pandemic, venues are starting to open up again to the public.

Southern states, such as Texas and Alabama, urgently opened venues with no limits or restrictions as infection rates decreased. On the other hand, states such as California where numbers have yet to decrease, opened up at limited capacity on April 15, with a full reopening plan two months after that date. However, masks will still be required in states like this.

The New York Times shows a well-detailed, interactive map of the United States of when and how venues, as well as  other public places, are opening back up in each state.

As seen in this map, Massachusetts shows a full reopening on August 1. Governor Charlie Baker has announced a Phase 4 reopening plan, where venues such as indoor and outdoor stadiums, arenas and ballparks currently opened at 12 percent capacity on May 10, with step one being permitted to open up to 25 percent capacity.

Live Nation, an American events promoter and venue operator company based in Beverly Hills, California, is confident that both indoor and outdoor concerts will be ready to go for summer of 2021.

Bob Roux, president of Live Nation, tells The Rolling Stones, “All signs point to 2021 getting back to the summer concert season we all know and love. With vaccines being available to everyone in May, we’re confident events can return to regular capacity soon after.”

While the pandemic has affected lots of people in this industry, many artists have come out and made statements and shared their thoughts on the situation at hand.

“When my shows were canceled, I was gutted. It’s genuinely why I do it — not even the show, just meeting everyone afterwards gets me going,” said popular British artist Yungblud. “To have that taken away from them, as well as me, was gutting. I was upset; I couldn’t fathom it. But when something upsets me, I always go, ‘How the **** can we fix it?’”

Despite concerts coming back and the recent news that fully vaccinated people may wear no mask indoors and outdoors, many may still feel uncomfortable with attending an event amongst thousands of people, and that’s okay. It has been 13 months since COVID-19 has hit, and people work up to “normal” at their own pace.

Live music returning is super exciting for fellow music lovers, and it is an awesome thing to help you keep a positive attitude towards the future!