Why is God Bad? Dispelling Myths on Christianity 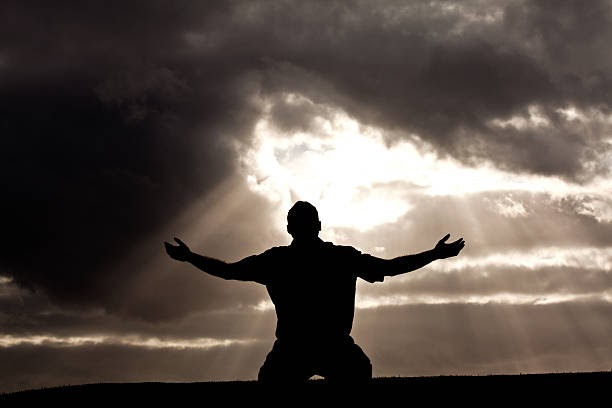 Not everyone on Earth is religious, and that is okay. However, a lot of those people are spreading false and hateful information on other religions. For example, many atheists, with little to no knowledge of the Bible, insisting that its text insinuates homophobia and hate speech. Some people also take the Christain hesitation on vaccinations and connect it to “anti-science,” when no sane Christian has ever denounced basic biology or chemistry. Christianity has been the primary punching bag for anti-religionists for years and has accumulated a charcuterie board of different myths, misconceptions, and stories.

On top of that, white Christians got their theology from Africans. “Long before Europe had ever heard of Jesus, Africans were getting baptized and preaching the gospel,” said Curt Kennedy in his article “The Great Hoax: Christianity is a White Man’s Religion.” While the Christian and Protestant churches did little to nothing for enslaved peoples, Christianity as a whole was not invented by white Europeans for white Europeans.

While there are some Christians who use God’s will for ill intent, inciting racism, and only accepting one kind of a person into their circles, the Bible ultimately speaks of acceptance and everyone being a child of God regardless of how they were born.

“The body of Christ, or the people that are the whole of humanity, are a team. The body is not supported by one person, but by all of us. We are one, we are strongest working together in unity. Teamwork is the key to living life in harmony so that we can do God’s will” (1 Corinthians 12:14)

“There is neither Jew nor Greek, there is neither slave nor free, there is no male and female, for you are all one in Christ Jesus” (Galatians 3:28).
Christianity is Narrow-Minded
You have probably heard the verse “man shall not lie with [a] boy” and concluded that the Bible condemned homosexuality. The full verse, “You shall not lie with a male as a woman, it is an abomination,” only speaks of sexual acts as a sin (Leviticus 18:22). The term “homosexuality” came to light in the 19th century, nowhere near the time of Jesus and his apostles. While the term “homosexuality” didn’t exist, gay people certainly did and there was little to no oppression toward them during the time of Jesus and his apostles.

The idea of homophobia is a fairly recent creation and has come about through priests changing the scripture of God, becoming an associate of Christianity. Hate crimes committed toward homosexuals became prominent in the 1800s and 1900s. There are wall paintings from ancient Egyptians that depict, briskly, homosexual intercourse and cross-dressing Pharaohs. On top of that, there are abundant verses in the Bible that denounce prejudice and hate; Therefore, homophobia is not negatively referenced within the Bible but is found within interpretations.

“Be kind to one another, tenderhearted, forgiving one another, as God in Christ forgave you” (Ephesians 4:32)

“A new commandment I give to you, that you love one another: just as I have loved you, you also are to love one another. By this, all people will know that you are my disciples if you have a love for one another” (John 13:34-35).
Conclusion
While no religion is right or wrong, spectators need to understand that God is not bad. Every religion has its flaws by onlookers and outsiders, no religion was created out of hate to produce hate. Through analyzing the Bible, one could see that Christianity is the religion of selflessness and love.