The Dangers of Russian Interference 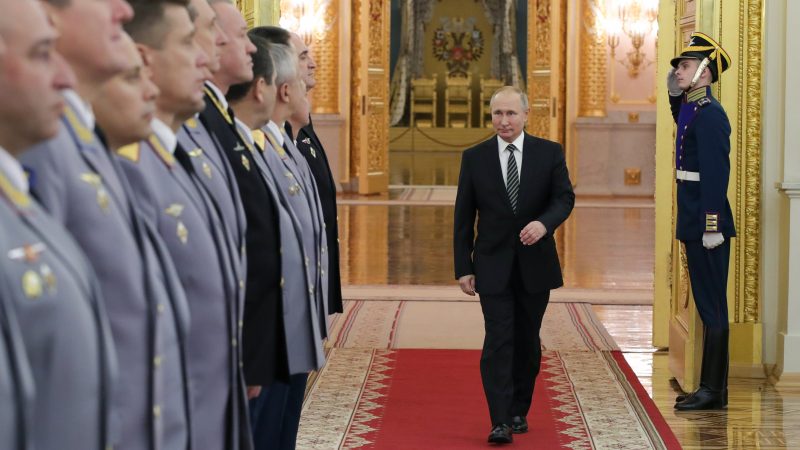 Tension between the United States and Russia is not news for many; in fact, it is expected after so many years of geopolitical conflict through the Cold War in the twentieth century. But when politicians grow lenient with Russia, even after years of peace and understanding between our nations, the concern now becomes just how willing we are to allow Russia free reign over the United States.

It may seem like hyperbole to describe the relationship between the United States and Russia as one set on the edge of a knife, but we cannot forget the past several years and the damage they have placed on our electoral system. It is well known that the Russian government interfered with the 2016 Presidential Election in order to increase the chances of Donald Trump being elected by the American people.

The Russians, however, continued to promote their interests and meddle with American democracy by attempting to interfere with the 2020 Presidential Election. In fact, a Kremlin-supported and -backed troll group known as the Internet Research Agency took to Twitter and Facebook, pretending to be American citizens with varying political views and ideologies. However, they all promoted their distasteful views on presidential candidate Joe Biden. Had they been successful, the Russians would have interfered with a second presidential election in order to appoint Trump for a second term in office, effectively overriding the will of the American people and establishing dominance over our democracy.

Russia, however, does not limit itself to democratic elections. On May 7, the Colonial Pipeline’s computer management system was shut down after it was hacked online by ransomware. The pipeline, which originates in Texas and flows along the Southern United States, delivers nearly 45% of the Eastern Seaboard’s oil supply. While authorities were eventually able to get it back online, not without paying out $4.4 million to the hackers, gas prices increased significantly and people began rapidly buying gas in a panic-induced state.

Although it was not state-sponsored, the hacking group responsible, DarkSide, is Russian-based and poses a threat to America. In fact, it revealed to the world the fragile state our nation is in, especially when we are cut off from our primary source of function: gas and oil.

Had the shutdown lasted longer than it did, millions of Americans would have felt its impact. The United States economy is far too reliant on fossil fuels and oil, meaning it would falter as a result. Transportation and shipping would also be affected, and deliveries of essential items and personal packages for Americans would take much longer than expected. Americans who rely on public transportation would likely experience delays, which may impact their jobs. In a country still recovering from the pandemic and unemployment, any risks to jobs should be considered seriously. If this had occurred in the winter, families with financial hardship would suffer without heating.

Russia has not faltered at the US economy or presidential elections. In fact, a recent military recruitment advertisement created by the Russian government compares itself to the United States and ridicules the alleged “woke” and politically correct environment the United States military is beginning to foster.

While it is not out of the ordinary for countries to push out countless military ads and propaganda in favor of garnering attention and support from the public, the reactions from the American public are precisely what the Russian government intended for. Many on social media find themselves in support of the Russian military, wishing that the United States military could even hold a candle to the masculine, powerful, and ruthless soldiers of Russia. Sen. Ted Cruz (TX – R) even spoke in favor of the ad, saying on Twitter, “Perhaps a woke, emasculated military is not the best idea.”

Many may disregard the advertisement, perceiving it as blind propaganda produced by the Russian military. However, if it has the ability to influence how elected officials, especially those who hold enormous power in the government, view their own military and veterans who made countless sacrifices, then the Russians have succeeded in their crusade to influence American government and society.

Politicians have been far too lenient with the actions of Russia in the past years. While President Biden has taken a firm stance against Russia during his first few weeks in office, contacting Putin directly and vowing to not tolerate any Russian interference with America, it is important to remember the power other politicians have over international affairs. If lawmakers like Ted Cruz continue to remain complacent with Russian defacement, then they have failed their duty to the American people and have forgotten the sacrifices ordinary citizens make every day. It is important to remember that these interactions, however lighthearted, are impacting the United States and its people in a negative way. In fact, Cruz’s comment completely disregards American veterans of all backgrounds, regardless of race, gender, and identity. His demeaning comment influences how others perceive individuals in our military, prompting them to favor cisgender males rather than the plethora of Americans who truly have so much to offer for the military.

The days of the Cold War and red scares are over, with good reason, but as we shift into a new presidency and recover from economic hardship and a global pandemic, the last thing we need to bring our fractured nation together is Russian obstruction. We cannot allow politicians to remain so complacent when the Russian government is actively harming our people. Without their aid or firm stance on the matter, we may be entering another cold war.