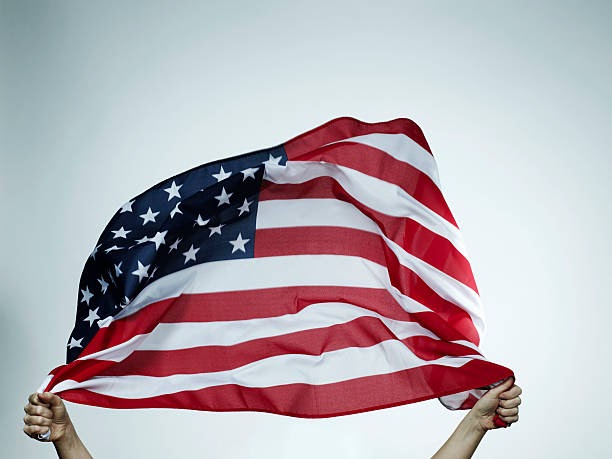 Looking back at my time in elementary school, I keep remembering how, around Memorial Day, music class would turn into writing class. This was where students would fill out sheets and sheets of what freedom meant to them. Ms. Karen Medley, the retired music teacher at Bagnall Elementary School, would put together a huge Memorial Day event where students, families, and veterans would come together and reflect on the cost of freedom and why it is so important.

“Freedom is a popsicle on a warm summer’s day,” Ms. Medley would tell us every year as an example of what freedom meant to the little kids, telling us that freedom is much more than that. Again, looking back, I think she was wrong.

Freedom is the ability to eat a popsicle on a warm summer’s day. Freedom, we can find, means the smallest of things that make up our lives every day. It grants us the ability to wake up, check our phones, go to school, and open our mouths when we see injustice.

Here is what some kids at Pentucket Regional Highschool think freedom is.

“I feel like freedom can be boiled down to being able to do stuff without fear. In reality, this is the freedom to live as you want and get whatever job you want to have and relates to the pursuit of happiness mentioned in the constitution.”

“Freedom is being able to walk around without having to consider racial tensions or major complications in the world, it is peaceful. However, this comes at the cost of people’s lives so only some of us can have freedom.”

“Freedom to me is being able to exercise the rights that you have as an individual. These include the right to decide how you look and what you do with your body. How you are able to protest and speak out against things that you feel are wrong and unjust. Having freedom and being free also implies a certain amount of being able to do what one wants without being stopped,” said Ryan Tedeschi.

“Freedom is the universal human right to pursue your personal idea of happiness, as long as you do not infringe on the rights of others. Some main components that allow this pursuit are free speech, free religion, free press, involvement within government, the right to own land, equality/equity/justice, etc. These rights (and more not listed) are essential to be free and have liberty.”

“As long as your freedoms don’t infringe on the freedoms of others, you can pursue whatever you desire.”

Freedom is the ability to do what you want and not get in trouble. Also, freedom of speech is being able to say what you want

“To me, freedom is the right to do what you want when you want to without any restrictions.”

“Freedom is the ability to choose a path in life that makes you happy.”

“The ability to do whatever you want!”

“Freedom is having the ability to make your own choices”

“Freedom is being allowed to do what one wants without the expense of others. Freedom allows people to do things that make them happy without being forced to do them.”

“Freedom is the sense of being able to do what you want in life, within reason. Pursuit of goals, or marriage to the person of your choice, or even something as simple as being able to choose your place of work or schedule for the day all constitute freedom. Freedom is choice, and freedom is upheld by using that power of choice responsibility.”

“I think freedom is the right that allows people the opportunity and the tools to succeed, do what they want, and have equal opportunity as everyone else,” said 10th grader, Trevor Kamuda.

“Freedom to me is being able to speak your mind, do as you please, not having to worry day to day about how to get by and if you are able to get to the next.”

“Freedom is free will with no one telling what I can or cannot do.”

“Freedom is the right to talk and act without hesitation. This right gives people the opportunity to speak their opinions.”

“I believe that freedom is a very simple thing. To me, it is the free expression of words, ideas, thoughts, and ideals. In a more general sense, however, I would say that freedom is the lack of oppressive control and inhibition in one’s personal life,” said 12th grader, Aiden Wilcox.

“Freedom to me is having equal opportunity”

“Freedom is about being our own individual and having certain rights that cannot be taken away from us like freedom of speech. We as Americans should be able to live freely and abide by the laws that help protect us, but also not being controlled and told what we can and can’t do.”

“Personally, I think freedom is not a delicacy, but a right to life that everyone should have. Having the freedom to me means that there is no resistance against someone’s beliefs, opinions, views, etc. Freedom allows you to act and speak as desired, when in the correct time and place,” said 10th grader, Matthew Beaulieu.

“True freedom is to be free from control, oppression, and exploitation.”

“To me, freedom is being able to be yourself and speak your mind. With freedom, you can do what you want as long as it does not go against the law. Without freedom, we would not be able to do what we love or be with the people we love.”

“Freedom is the ability to be able to do anything you want within reason as long as you are not disturbing others. With freedom, everybody has control over their lives and can make decisions on their own rather than being dictated.”

“Freedom to me is the idea that everyone can do or say what they want that will do no harm to the world and will make everyone feel equal while being themselves.”

“To me, freedom represents everyone being able to express themselves in a way that makes them happy. Having freedom means having the ability to choose your own religion, speech, views, and so much more,” said 12th grader, Megan White.

“Freedom to me means to be able to make your own choices and have your own ideas. No one should get to force any choice or idea on you. With your own freedom also means respecting other people’s freedom.”

“Just being able to live your life how you would like to (while still being mindful of others) and just being happy and not having to worry about what others think of you.”

“Freedom is the ability to do what you want.”

“Freedom to me is liberation from higher powers.”

“To me, freedom means having the ability to say and do what you please in regards to the laws and rules set in place. A lot of the time people forget that freedom isn’t always given and it is often fought for. I think that freedom is something we are blessed with, but not always given right away.”

“Freedom to me is the ability to speak my mind and not be afraid of the consequences except if it is something harmful against someone like a threat or something offensive towards a specific group of people. Freedom also means the ability to do anything legally because veterans made sure I had freedom by fighting in wars and current soldiers fight to protect my freedom.”

“Freedom is about the opportunity. Freedom means choice. America was founded on these ideals and in many ways, it has become a global symbol for hope and liberty. Many come to America in search of a better life because it is the land of opportunity. There is also a cost for this freedom. This cost comes in the service of everyone who dedicates their life to this country. While Memorial day specifically remembers those who have perished fighting for our country, we must also consider those who have dedicated their lives to civil service.”

“To me, freedom is being able to express myself with my thoughts and ideas. Freedom is being able to speak my mind, dress how I want, love who I want, and be who I want to be. I can go after any job that I want and determine my fate. It’s not predetermined, but instead, my path is open for me to write the ending. Because of the people who fought for us, we are able to have these freedoms. I love being able to celebrate them and thank them for their honor and sacrifice. We wouldn’t be who we are today without them and I hope that they know how thankful we are.”

With Memorial Day just around the corner, it is important to recognize the sacrifices that those who came before us made so we are able to experience all that has been stated above. While you are relaxing with your family and friends on the upcoming Memorial Day weekend, remember that someone paid the ultimate price for you to have the right to relax and spend time with the ones you love.