Top Five Films to Watch Over the Summer 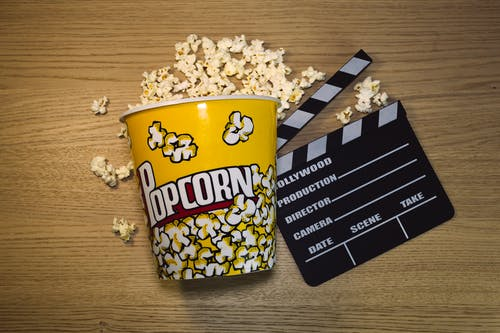 Summer Vacation is on the way, and there is a lot of free time coming up, so these are my top ten films to watch over the summer.

Pulp Fiction is my favorite film of all time because of many reasons like the characters, the directing and writing, the plot, and the acting.

Characters like Jules Winnfield (Samuel L. Jackson) and Vincent Vega (John Travolta) are pure gold, but my favorite is Mia Wallace (Uma Thurman) because she is so real and plays the character very well. All of the actors, even ones not mentioned like Bruce Willis and Tim Roth, are so charismatic and sell the film to the audience.

The plot is great, and it follows the characters’ stories and how they connect. While it sounds simple, it is just what it needs to be, and it is full of entertaining moments, suspenseful moments, and twists.

Quentin Tarantino’s writing and direction are amazing, and it makes the story very believable. Some of the scenes are shot in a way that adds to the immersion. His choice of music like “Miserlou,” “Son of a Preacher Man,” and “You Never Can Tell” make use of a small budget to bring awareness to great songs.

Pulp Fiction is on HBO Max and is completely worth the 2 hours and 34 minutes watch time. Once you see it, you will watch it over and over again.

The Silence of the Lambs-R

The Silence of the Lambs is a masterpiece in the horror and suspense genre because of the story, characters, and shooting style.

The story follows an FBI Student named Clarice Starling (Jodie Foster) as she hunts down the terrifying serial killer Buffalo Bill (Ted Levine) to find a missing person with the help of the insane serial killer, Hannibal Lecter (Anthony Hopkins). The story feels so real, and it makes it so scary because you could believe that the plot is something that could happen or has happened, as Buffalo Bill is based on Ted Bundy and Ed Gein, two serial killers.

The suspense of the story makes the audience pay attention to the whole movie because they want to see what will happen next and how the movie will end.

The acting is outstanding from all three leads, Foster, Levine, and Hopkins because they give such convincing performances.

Foster plays Clarice with a sense of naiveness but also someone who is smart, determined, and human. She plays Clarice perfectly where the audience would think that she is a real FBI Student.

Levine and Hopkins play their respected serial killers with a sense of insanity and horrifying nature to make the audience fear them, like Jason from Friday the 13th or Freddy from A Nightmare on Elm Street. They also play their serial killers so differently too.

Buffalo Bill acts like a guy tough on his luck to capture his victims, and he is gross and so horrific while Lecter is calm, reversed, but ready to strike when the time comes, and it makes him even scarier than Buffalo Bill, who is the main antagonist of the film.

Lastly, the shooting styles are very fitting because many are focused on a character and make the audience feel as if they are in the movie because it is a POV shot.

The film is on Amazon Prime, fuboTV, and Sling TV but only with a premium subscription. You can also find it on Youtube and Apple TV for $3.99, and it is worth the money. This film is classic and especially even more chilling during the Halloween Season, but you will want to watch it no matter the month.

I watched Borat and its sequel, Borat Subsequent Moviefilm, for the first time back in April, and it gave me a laugh-out-loud and crying-laughing movie-watching experience that I had not had in a while.

The film follows Borat Sagdiyev (Sacha Baron Cohen), a reporter from Kazakhstan who travels to America to show Kazakhstan the culture of America and what it is like. While the plot is simple, I was rolling on the floor crying laughing at some parts. While it is clear that the film is dated, as the jokes reflect that, this is a movie that should be at least tried out.

Sacha Baron Cohen plays Borat so well that at times I forget I was watching an actor/comedian play a character in a movie. He was so daring with getting certain shoots and doing things that show that Borat is not used to live and how things are in America. These are the moments where I laughed so hard and applauded his work to get the riskiest and funniest shots.

Even though the film sounds harmless, it is definitely not a movie to watch with the family.

Borat can be watched on Amazon Prime, Starz, Sling TV, and Hulu, but they all require a premium subscription. It is worth the free trial or sign-up to watch a film that delivers laugh-out-loud moments left and right.

Zombie movies make for a good watch, like George Romero’s Dawn of the Day and the comedic Shaun of the Dead, but my favorite zombie movie is Train to Busan.

The film is very interesting because of the setting and the social commentary it presents. The setting is in South Korea on a train, and the whole film is in Korean, but you can get English subtitles on. The confined and claustrophobic atmosphere of the train adds to the suspense and fear of the film and makes it stand out from generic zombie movie locations like the city.

I mostly do not like zombies that are slow because they do not deliver the scariest feeling, but in Train to Busan, they are terrifying fast. These zombies also have weaknesses to give the survivors a chance to succeed in the end, which adds to the movie’s quality and makes it different compared to other zombie movies.

The social commentary is also a really good part of the film and links it back to how George Romero exposes issues like greed, work obsession, and selfishness in good ways to the audience through its characters.

Speaking of characters, they are also a highlight of the film. My personal favorite is Sang-Hwa, but Seok-Woo and Soo-An are also good. All the characters in the film are very good at acting like real people with feelings.

Films that have competent characters are films that I like and respect.

The sad moments in the film also hit hard, and they are another reason why I like the movie so much.

Train to Busan is on Hulu with a regular subscription and on Sling TV, fuboTV, and Amazon Prime with a premium subscription. It is worth reading subtitles and the 121 minutes to watch it and see a different zombie movie with great characters and good commentary.

You can definitely see a theme in my favorite movies, as this is the third horror movie, but it is not like the other two. The Silence of the Lambs is a suspenseful horror movie, and Train to Busan is a zombie movie, while Tales from the Hood is an anthology horror movie.

This movie deals with four stories that overlap with the ones of the main characters, just like Pulp Fiction.

The stories tackle issues from when the movie was made that are still present today and, in fact even worse: police violence, abusive parents, racism, and gang violence.

The story that stands out to me is the first one because it is about police violence towards African Americans and shows that it was as much of a problem even in the 90s.

Clarence Williams III plays a standout role as Mr. Simms, the funeral director. His performance alone is worth a viewing, but adding in well-written stories, social commentary, and horror makes for one fantastic and “eyes opening” film.

This movie does not beat the audience over the head with the messages and themes, and it balances social commentary, humor, and horror perfectly.

Tales from the Hood is free on Peacock and $3.99 on Amazon Prime and Apple TV.

This was a hard list to come out with because I left out many other films like Alien, Jaws, Once Upon A Time…In Hollywood, and more, but these are my personal favorite movies and the ones I recommend watching with all the free time of the summer.