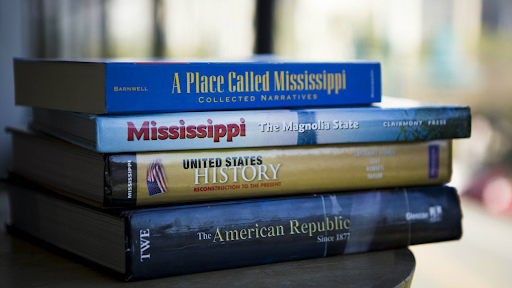 Covering up history doesn’t make it any less real.

Changing the historical timeline doesn’t make America’s past any less bloody, doesn’t undo any of the violence we have caused. American history is riddled with genocide and horror, yet in textbooks, Americans always seem to come out as the heroes of the story.

In recent years, historians have begun looking deeper into the past in an attempt to find the true American history, not just the white perspective. As a result, the question arises of how schools should tackle whitewashed history and what steps teachers should take in order to teach students more than what’s in the given textbooks.

History Department Chair Mr. Siegfried commented that “the textbooks we use are generally much better than ones you would find thirty years ago.” However, the issue emerges that even these newer textbooks refuse to take too many steps past the set narrative.

Mr. Siegfried recognizes that “more perspective, an outside perspective, cultural awareness, things that don’t make it into the textbooks.” is something many students want.

Instead of relying on others, Mr. Siegfried takes it upon himself to explore the left-out history his students crave. He uses the textbook as the center of the story but uses outside sources in order to build off of that and create the bigger picture.

A major topic he does this for is American slavery.

“The way to know about American slavery,” Mr. Siegfried says, “is to find slave stories. Find the people who were enslaved, and listen to what they have to say.”

He looks for the stories of people. Of people who lived through the thick of conflict and wrote diary entries about their suffering. Of people who fought for their rights and sent essays to publishers to be read around the world.

Fellow history teacher Mr. Honer commented in a similar manner, stating that “we only have a few interior pieces from which to puzzle out the whole picture.” Mr. Honer always tries to address the limits of the sources he provides, their validity and reliability, as well as using multiple perspectives in order to build a better story for his students.

This is something every history teacher should be doing, not just teaching the general overview our textbooks have to offer, but digging deeper into American history to get the stories of the people who actually made it possible.

Decolonizing the lies we tell our children should be priority number one for schools because decolonizing history is the least we can do to start atoning for the pain we’ve caused.

Unpacking what we’ve covered up ultimately brings up the question of how we should handle American history with young children. Typically, elementary school teachers either use euphemisms when explaining a story, or they fabricate a new one altogether.

Mr. Honer says that because there was so much going on during the early years of American history, “historians tend to edit the story so it fits the narrative of greatness.”

The most well-known example of this is Thanksgiving.

As a nation, we have done an excruciatingly bad job at teaching thanksgiving, and it’s not doing anybody any service. There’s an important balance between letting kids stay kids and not altering our history in order to do so.

Mr. Siegfried points out that it’s better to say less than to make something up or sugarcoat it because, on one hand, there’s this wonderful idea of thanksgiving and a celebration and a time of peace. But, on the other, there’s King Phillips War, and rape, and forced migrations in deadly conditions, and broken peace treaty after broken peace treaty.

Indigenous people are still living through the after-effects of America’s attempted genocide. If they still feel the influence of our bloody past, then why should kids not have to learn about it?

The twenty-first century has brought a new wave of activism, and a new wave of people fighting for our buried history to be taught in schools. There’s been a resurgence of the desire to look further into history, and a desire to know more about what’s outside of the textbooks.

Even just here at Pentucket, our district has started to strive for change as they bought new history textbooks in an effort to incorporate more primary sources and diverse voices from different areas of the world.

“I think our history teachers do a really good job at teaching ‘every story.’” History teacher Mr. Sherman states. “Bringing in stories from all walks of American life is important and should be a focus of education at all levels.”

After all, those who forget history are condemned to repeat it; covering up America’s bloody past will do nothing but cause more problems. Deconstructing white supremacy starts with what we teach in history class, and it’s long overdue.

Book recommendations to further the conversation:

A People’s History of the United States by Howard Zinn

The Color of Law: A Forgotten History of How Our Government Segregated America by Richard Rothstein

The Rewriting of American History by Catherine Millard

War Against All Puerto Ricans: Revolution and Terror in America’s Colony by Nelson Antonio Denis

The Warmth of Other Suns: The Epic Story of America’s Great Migration by Isabel Wilkerson

Bury My Heart at Wounded Knee: An Indian History of the American West by Dee Brown