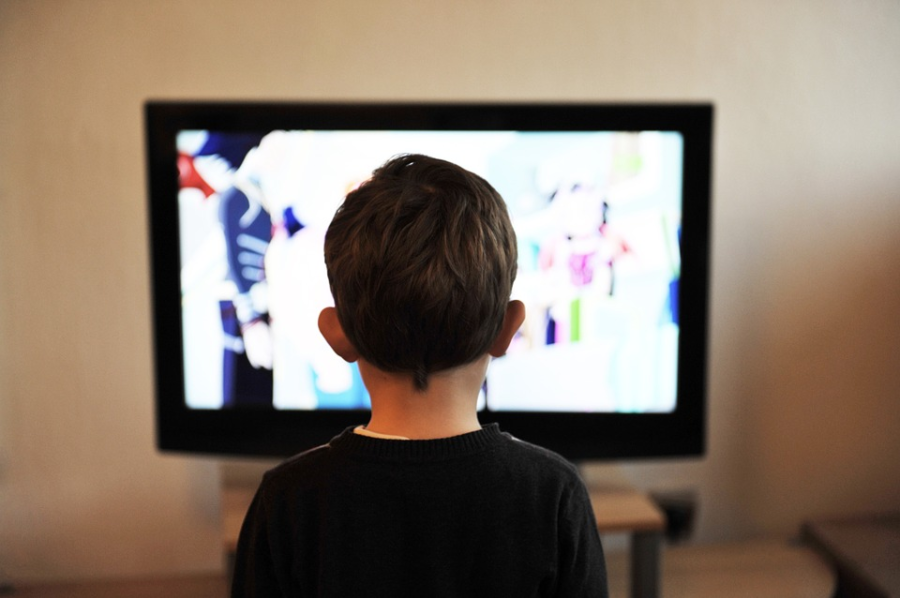 The news cycle is a whirlwind of political scandals and human rights crises, reporters eager to snap up the first tragedy they see and spread it like wildfire. With how suffocating the media has become, how aware are young children of current events, and how does it affect them?

Third grader Zoey Whalen and fourth grader Ashlyn McDermott have respectively democratic and republican parents. They were interviewed to see how much political awareness they garnered, if it differed as a result of their upbringing, and what their knowledge revealed about the news media prioritized.

First, they were asked their thoughts on President Joe Biden.

Whalen answered that all she knew about Biden was that he adopted puppies, which she approved of.

Meanwhile, McDermott stated that she preferred Biden over Trump because “no one was fighting anymore.”

For comparison, they were then asked their opinions on former President Donald Trump.

Whalen said that the former President was a “dungus,” and that he “cheated in the Presidential election by turning a blue state red- maybe New York?”

McDermott answered “no. Terrible. We never should have voted for him.” She then said that if Trump was in charge of Covid vaccines “he would make them cost…one…no, ten…no…twenty-eight thousand dollars.”

The difference in depth of their answers demonstrates how the White House has left the spotlight. While still scrutinized, Biden has received far less coverage than his predecessor. It seems this lull surrounding the oval office is echoed by the children.

Whalen considered the first question, then answered that she liked the officers that worked at the Page school, but “not the ones who kill black people.”

McDermott answered similarly, stating she thought “half police officers are good and half are bad” but that she liked the ones who worked at the Bagnall.

The George Floyd protests have clearly influenced their lives, leading to their struggle to equate the cops they saw on television to the friendly faces at school. This sets their generation apart from the rest: the majority of ten-year-old, white Gen Z kids would have expressed glowing admiration for the police force.

However, these two have grown up with such a direct stream of news that they have lost that childlike idealization much sooner. While they have no problem with the local cops, they won’t be dressing up as them for Halloween.

Only McDermott answered the next two questions. Regarding equity between black and white people, she answered that she had a black kid in her class, and they treated him like everyone else. She went on to say that if she was in charge, she would “pay black people the same as white people” and that she didn’t understand why “people were treated differently based on their hair and skin color.”

When asked about guns, McDermott believed they were good because they helped protect her goats and chickens from coyotes.

This again shows a stark difference between how Gen Z came into political awareness versus Gen Alpha. McDermott grew up around a huge rise in the BLM movement and can rattle off reasons why racism is bad, but she cannot fathom why she should be afraid of guns. Meanwhile, for many Gen Z kids their first memory of political strife was debate over gun laws in the aftermath of school shootings.

Next, both children were asked if they heard the news at home, and how it made them feel. McDermott answered that she mainly watched the weather, although she was more in tune with the news during the pandemic and found it upsetting. When she was asked if she ever heard her father talking about the news, she stated that she did, but it was just “whatever,” demonstrating some degree of her desensitization.

Whalen stated that she heard the news on the radio in the car, and that the situation in Afghanistan upset her, although she couldn’t give specific details other than she didn’t like how women were being treated.

Finally, both kids were asked if they ever talked about current events in school, or about groups of people being treated differently. Whalen said that they didn’t because it upset other people, but it didn’t upset her “unless people liked Trump.”

It is fascinating the difference between the amount of information the children are exposed to outside of school, and what is acknowledged within the walls. It begs the question, should teachers take it upon themselves to teach their pupils how to digest and cope with real world events? Or, should schools be a safe haven for children away from the noise of the media, with difficult conversations falling to parents?

Regardless, it is clear that kids are exposed to a vicious amount of news, and the sooner they are taught how to tread water in a tsunami of information, the better for their mental health and for the future of childhood innocence in America.