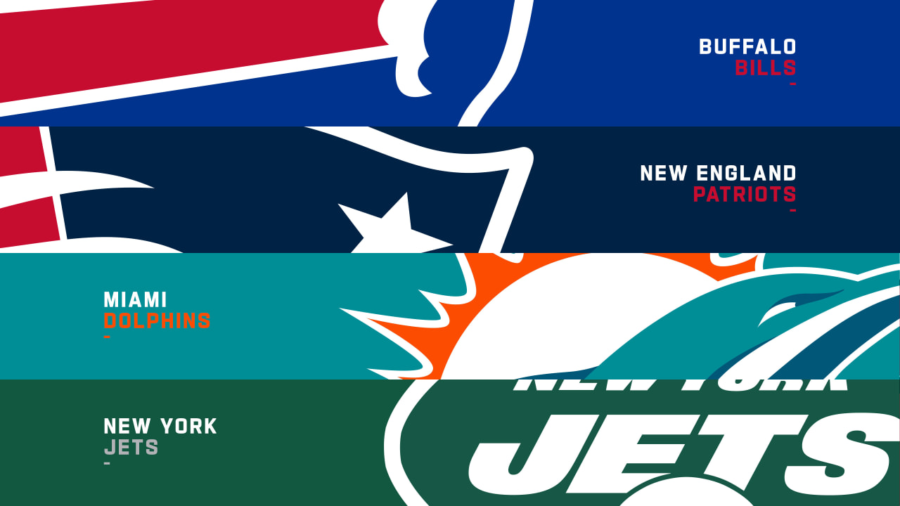 Over the last decade and a half, Tom Brady has had a chokehold on the American Football Conference East in the National Football League. The kingdom has been divided since their king has left. Since then, the Buffalo Bills, Miami Dolphins, New England Patriots, and New York Jets have been waiting for their chance to take the crown.

Now that Brady is gone, The Bills are the fan favorites after their ground-shaking campaign to the playoffs. The Dolphins, down in Miami, are a close second trying to rally behind their young quarterback. The Jets, over in East Rutherford, are trying to do better than two wins this year, and The Patriots are looking for redemption to retake the crown to the AFC East.

Let’s review the 2020 NFL season. Tom Brady leaves the cold of New England and goes to the sunny shores of Tampa Bay and wins a super bowl in his first year. Drew Brees retires with almost every passing record you can think of. Josh Allen brings The Bills to the playoffs with an M.V.P. level season. Derrick Henry rushes for 2,000 yards. There’s more to go over but that can be a different article.

Let’s start from the bottom and work upwards. The Jets, who are treated as the younger brother to the New York Giants, finished as the second-worst team in the league and finished last in their division. By not finishing at the bottom, caused them to lose the first overall pick but made up for that by drafting BYU quarterback Zach Wilson second overall, and USC offensive lineman Alijah Vera-Tucker fourteenth overall. Their two picks added young talent that was desperately needed to a roster that was falling apart.

The jets also signed more veteran players to help give their team some more experience. Among those that they signed in the spring and summer include wide receiver Corey Davis, running back Tevin Coleman, and defensive tackle Sheldon Rankins. Davis adds a fast and athletic wideout who can serve as a go-to target for rookie Zach Wilson, who will be looking for him downfield or on short routes. Coleman adds a shifty running back, and great open-field runner to the Jets running back room that can score on big runs and get physical on short end zone runs. Lastly, Rankins comes from a top-rated Saints defensive line in the 2020 season: He’s a big body that can stuff the run in the middle and be an athletic pass rusher that the team desperately needed.

The New England Patriots were the most popular team in football for almost two decades while Tom Brady was there. The team fell below some fans’ expectations considering they signed Cam Newton as their starting quarterback. They ended up as the 14th overall team in the NFL and third place in the AFC East.

The Patriots made a lot of signings and trades at the start of the off-season acquiring players like Matthew Judon, Trent Bron, Hunter Henry, and Kyle Van Noy, who is on his second stint with the team. In the 2020 NFL Draft, they took two Alabama players in the first two rounds, these players being quarterback Mac Jones at 15th overall and defensive tackle Christian Barmore at 38th.

Along with the drafting of Mac Jones, it only took him one off season for him to become the starting quarterback, and being the pocket passer that the teams staff and fans are used to seeing.

Next is the Miami Dolphins who made a big splash finishing with 10 wins and looked like they could give the Bills a run for their money in the division. They came into the season with hopes of winning a few games behind their rookie quarterback Tua Tagovailoa, (TUNG-oh-vy-LOW-uh) who was the fifth overall pick in the 2020 draft.

Coming into the 2021 season the Dolphins addressed their offensive line problems to protect their franchise quarterback. They also signed and released a lot of players like Jason McCourty, D.J. Fluker, rookie pass rusher Jaelan Phillips from the University of Miami, and rookie wide receiver Jaylen Waddle (left) from the University of Alabama. With the plethora of players that are still under their rookie contract, they have a lot of time to develop together and become a potentially dangerous team to the rest of the league.

Now for the team that is widely considered the favorite to be the team to win the division, the Buffalo Bills. Let’s review the team’s earth-shattering breakout season last year. The Bills finished with a 13 and 3 record landing the top spot in the AFC East, and finishing tied for second place in the league with the Green Bay Packers. The Bills last season set a franchise record 501 points scored in a season. The offensive juggernaut led by the duo of Josh Allen and Stefon Diggs lit up defenses across the league with Josh Allen.

Heading into the 2021 NFL season, many people believe the standings will look very similar to the end of last year, when asked about the competitiveness of the division teacher Matthew Lovett said “the division will be competitive, but I would put The Bills as the favorite right now because of their experience.”

In his opinion, along with many others, The Bills will be the top team in the division because the team has had plenty of time to mesh together to build a winning culture. The Bills also made plenty of off-season moves. The most notable moves being the 8 players they were able to draft this year, the most notable being Miami edge rusher Greg Rousseau and Wake Forest defensive end Boogie Basham who they drafted in the first 2 rounds.

When asked about how The Bills have revamped their team from last year and years past, Pentucket high school parent Walter Rivers stated, “the offense has gotten more creative in play-calling, they upgraded the offensive line and made necessary adjustments to the defense.” The Bills definitely have a great chance of winning it all this year with the changes they have made.

Who do you think will win the super bowl this year? The division top dogs Bills and Dolphins or a sleeper pick like The Patriots or The Jets. We will just have to find out when the regular season is over.