What are the Climate Change Solutions? 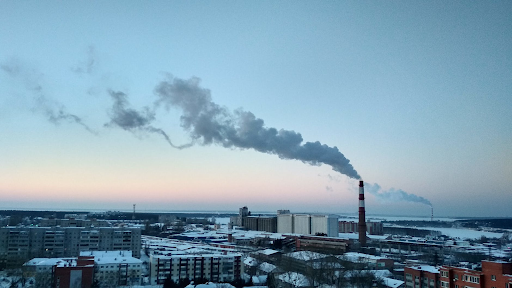 Throughout the last 5+ years, people have had a growing concern for climate change, it’s a scary thought but… what are the actual solutions; what are the consequences?

Driven mostly by capitalism, climate change is clearly taking its course. Unfortunately for everybody who lives on Earth, we have had more forest fires, increased ocean acidification, and worse hurricanes. That isn’t all either, these are only some examples of the effects climate change has on the world as a whole. Currently, we are at an all-time high for carbon dioxide levels, but how could we actually fix it?

When looking at the solutions to climate change, it is important to separate individuals from corporations. Although someone’s individual footprint can be enormous (19 tonnes of greenhouse gas each year) it is certainly important to separate individual and corporate morality (and the difference in emissions of course). Regardless, we must reach a collective change. For this to happen, governments would have to put in policies and rewards to incentivize change in individuals. Then put in place more intense regulations relating to emissions for corporations that are actually enforced. (a decent example of this is government payment for having an electric car etc.).

Unfortunately, it is inevitable that cars which depend on some kind of gas must eventually be stopped. Sadly, gas-powered cars are simply not environmentally practical in the long run. On average, each driver emits roughly 4.6 metric tonnes of greenhouse gasses per year, and with 289.5 million registered cars on the road, this equates to 1.33 billion metric tonnes of greenhouse gas. Eventually, it’s likely that all cars will be electric. Some countries such as Norway have already planned to do this and have a goal of 2025. This would definitely need to be in the span of some years. That way it could give companies and individuals the opportunity to map out the future of individualized transportation to make zero emissions from cars realistic. However also, more money could go towards better public transportation with more frequent, cheap, and practical opportunities for use. Furthermore, if people had some incentive to drive their car less, maybe they would actually do it.

Most people drive to work and since cars are one of the main polluters, having people use public transportation (especially if it was environmentally friendly) would greatly help reduce climate change in the future. If employers give access to public transportation (assuming it wasn’t free) with some other benefits, it would greatly reduce carbon emissions from vehicles. It’s a realistic start to our climate change redemption.

The ideal goal when it comes to climate change is to reach a “net-zero”. A net-zero is when an equal amount of carbon is taken out of the atmosphere as is released into the atmosphere. This is a good way of lowering the severity of climate change, it is important for companies and countries to have a plan for carbon neutrality AND for them to actually be honest about it…

Most countries such as Britain, The United States, Brazil, and Mexico are aiming to reach a net-zero by 2050. Sweden has a goal of 2045, Finland has a goal of 2035, and Uruguay has an impressive target of 2030. It is reassuring that countries have this in mind, however, China, the world’s highest contributor of carbon emissions, does not have a set target.

The issue with net-zero emissions being a true solution is that it fails to communicate the importance of climate change. Considering how fast the overall increase of greenhouse gas emissions per year is, it is crucial to begin working towards a net-zero faster. It is estimated that we will need to drop greenhouse gas emissions in half by 2030. Another issue of net-zero emissions is that we are relying on technology we don’t really have yet, in order to reach this goal we must entirely revise our energy systems.

To reach carbon neutrality, it is essential that emissions from things such as agriculture, transportation, and homes are cut severely. The issue is that these things are heavily relied apaun and we haven’t really begun working at it. However, it is reassuring to see that most of the world has a collective plan even if it is complicated.

Hopefully, before 2030 enough progress will be made for a worldwide net-zero to be effective and work as this is the most logical goal. Even if individuals are doing their best it is most important to have a collective nationwide change.